What: Little Red Mailbox One Year Anniversary
When: Thursday, April 13, 2017
Where: Point Park, downtown Johnstown
Who: All are welcome! 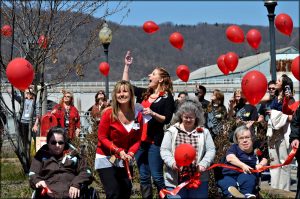 April marks one full year since the installation of Johnstown’s Little Red Mailbox at Point Park in downtown Johnstown. After learning about the concept from Sue Goodrich, a North Carolina woman who erected the first mailbox near a beach access gazebo, AUCP decided to reach out to bring a “sister-mailbox” to Johnstown, PA.

Since it’s debut in 2016,  almost two entire journals have been filled with entries of hope, encouragement, despair, and kindness. Many write how they have simply stumbled upon the mailbox and decided to jot a little note for other passerby’s. 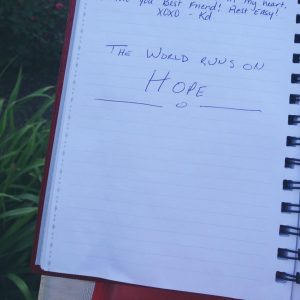 For it’s one year anniversary, AUCP is planning to expand on it’s focus of spreading hope in the area by transforming the mulch-filled garden at Point Park into an inspirational rock garden. Local charity groups, nonprofit organizations, and fellow community members are invited on Thursday, April 13th from 11AM-1PM, to Point Park, to paint and decorate small river stone rocks which will be placed and kept in the garden (HUGE thank you to Stuver’s Nursery for donating river stone rocks for this event!). The goal of the garden is to bring a smile to visitor’s faces and to encourage people to take a rock if they need it or leave one for someone else. 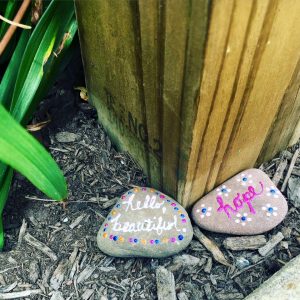 Recent Posts
Connect with us: